Europe is taking a major step towards competing with the US with its plan to establish a rival to the Massachusetts Institute of Technology. Jose Manuel Barroso, the president of the European Commission is spearheading efforts to create a "European Institute of Technology". Such a body would, Barroso stated, "act as a pole of attraction for the very best minds, ideas and companies from around the world. The EIT will be a light and flexible organization. It will teach graduates and doctoral candidates, carry out research and be active in innovation, both in some strategic thematic areas and in the field of science and innovation management’’.

According to the plan the European Institute of Technology (EIT) will concentrate on combining the three sides of the knowledge triangle: education, research and innovation. The EIT’s structure would be based on two levels: a Governing Board with a small supporting administration (which will be the EIT’s central core); and a set of Knowledge Communities, distributed all over Europe, carrying out the activities in strategic trans-disciplinary areas. The EIT is expected to receive funding from a variety of sources including the EU, the member states and the business community. The EIT will set out to attract the best and most talented students, researchers and staff worldwide. These will work side by side with leading businesses in the development and exploitation of cutting-edge knowledge and research, thereby enhancing research and innovation management skills generally. The assumption is that the integration of teams from universities, research centers and companies will give it an edge over traditionally organized universities or networks. Furthermore, the new EIT model will act as a catalyst for reform by inspiring change in existing institutions. Proponents believe the EIT will attract private finance with new opportunities for the commercialization of research and a closer two-way exchange.

The Commission's own advisory group on research policy, the European research advisory board (EURAB), said that plans to create a US-style high-tech institute are too ambitious. The group has warned the Commission that a "world-class research institute cannot be created top down" and that "a successful EIT can only grow out of existing research communities, supported by incentives for research and innovation."  Science and Research Commissioner Janez Potočnik has said he supports the idea of building a network of existing universities rather than creating a new institution. The founder of Microsoft, Bill Gates, supports the creation of an EIT. The French prime minister, Dominique de Villepin, wants the EIT to be based near Paris might go ahead with building its own EIT irrespective of any EU decision.

Egils Milbergs, president, Center for Accelerating Innovation, said that the “European Institute of Technology (EIT) is another example of aggressive branding and positioning in the global innovation race. Europe may be struggling to achieve its ambitious Lisbon Agenda goals but one has to be impressed with the boldness of the EIT initiative and desire to form a new model for research and innovation collaboration.”

·         Pre-Lex: Implementing the renewed partnership for growth and jobs - Developing a knowledge flagship: the European Institute of Technology [FR] [DE]

·         The Coimbra Group universities: Answer to the public consultation on a European Institute of Technology (December 2005)

·         European University Association (EUA): EUA Statement on the Public Consultation on the Idea of Establishing a European Institute of Technology (EIT) (17 November 2005)

·         League of European Research Universities (LERU): Competitiveness, Research and the Idea of a European Institute of Technology (15 November 2005) 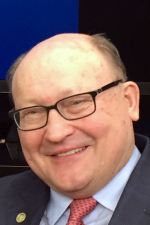